Child labour has existed to varying extents throughout history and it refers to the exploitation of children through any form of work that deprives children of their childhood, interferes with their ability to attend regular school, and is mentally, physically, socially or morally harmful.

• Cause of this Backwardness

The major determinant of child labour is poverty. Even though children are paid less than adults, whatever income they earn is of benefit to poor families. In addition to poverty, the lack of adequate and accessible sources of credit forces poor parents to engage their children in the harsher form of child labour — bonded child labour.

Some parents also feel that a formal education is not beneficial, and that children learn work skills through labour at a young age. These views are narrow and do not take the long term developmental benefits of education into account. Another determinant is access to education. In some areas, education is not affordable, or is found to be inadequate. With no other alternatives, children spend their time working.

The attitudes of the people also contribute to the lack of enrollment — parents feel that work develops skills that can be used to earn an income, while education does not help in this matter. Compulsory education may help in regard to these attitudes.

Clause Number 79 of Iran labour law states that child labour is wrong and sets the minimum age of employment at fifteen and if an employer employs someone under the age of 15, this will be considered a crime and is punishable with imprisonment and fine.

Also Clause number 84 states that in jobs that are harmful to ones health, the minimum age of employment is 18.

The term ‘child labour’, suggests ILO,[22] is best defined as work that deprives children of their childhood, their potential and their dignity, and that is harmful to physical and mental development. Interferes with their schooling by depriving them of the opportunity to attend school; obliging them to leave school prematurely; or requiring them to attempt to combine school attendance with excessively long and heavy work.

Almost every country in the world has laws relating to and aimed at preventing child labour. International Labour Organization has helped set international law, which most countries have signed on and ratified. According to ILO minimum age convention (C138) of 1973, child labour refers to any work performed by children under the age of 12, non-light work done by children aged 12–14, and hazardous work done by children aged 15–17. Light work was defined, under this Convention, as any work that does not harm a child’s health and development, and that does not interfere with his or her attendance at school. This convention has been ratified by 171 countries.

In December 2009, campaigners in the UK called on two leading high street retailers to stop selling clothes made with cotton which may have been picked by children. Anti-Slavery International and the Environmental Justice Foundation (EJF) accused H&M and Zara of using cotton suppliers in Bangladesh. It is also suspected that many of their raw materials originates from Uzbekistan, where children aged 10 are forced to work in the fields. The activists were calling to ban the use of Uzbek cotton and implement a “track and trace” systems to guarantee an ethical responsible source of the material.

H&M said it “does not accept” child labour and “seeks to avoid” using Uzbek cotton, but admitted it did “not have any reliable methods” to ensure Uzbek cotton did not end up in any of its products. Inditex, the owner of Zara, said its code of conduct banned child labour.

Child labor is an issue in our modern day world that not only harshly ravages the lives of millions of innocent children, but also affects all of us through its effects on the economy, family, and trade along with its connections to poor education and poverty.

Letting this horrific and inhumane practice go on for so long has brought on an unexpected problem that we must solve together in order to protect our children and safeguard our future. Although some may disagree, child labor is without a doubt a prevalent issue, so we must all help in any way we can in order to end this abomination once and for all. 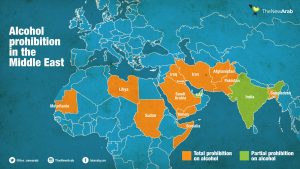